The episode starts on a stage as it opens the curtains with the spotlight on Leo with a top hat. He starts the show juggling three balls before returning them inside his top hat and showing the audience that the balls are gone as they applaud, then he flips his top hat down and lifts up to reveal his cat as they applaud again. Leo puts his top hat back on his head and starts jumping roping with his cat. Leo finishes jump roping and just then, the spotlight points only to his cat as the audience wants to see what the cat can do more. Leo notices this.

Leo tries to hog the spotlight and get the audience to pay attention to him, to no avail. He rides a unicycle, but the audience is still more interested in the cat and he drives offscreen and crashes. He juggles chainsaws, but the audience "aww"s at the cat going to sleep and Leo throws the chainsaws into the air, narrowly avoiding hitting himself when they land embedded at his feet.

Now fully angry at his cat getting all the attention, Leo throws his hat on the ground and stomps on it. The cat licks its paw and the audience cheers. Leo suddenly gets the idea to lick his hand and receives similar adulation, causing the spotlight to cover both of them, then he copies the cat when it rubs itself. The cat then begins licking its chest/pelvic area, which Leo is disgusted by but is forced to emulate as well.

In the fortune message, Leo walks on-screen with his tongue out, disgusted by what he did and trying to wipe it off with his hands.

"Leo may love cats, but should a feline friend take his spotlight, that's when it becomes a rival." 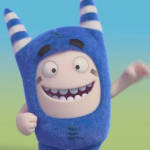 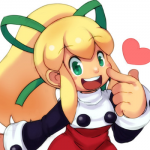